Spent the weekend in Las Vegas for DefCon 18, and had a great time with some friends from work. We spent a good deal of the time at the con at various talks and events, and evenings dining out and doing a small amount of gambling.

My favorite talks of the conference were 1) the "make your own uav 2.0" talk that covered what's involved in making your own aerial reconnaissance planes and how they could be used, complete with a demo flight on the vegas strip from the night before ;) and 2) charlie miller's talk about forming a cyber army to attack a large nation. 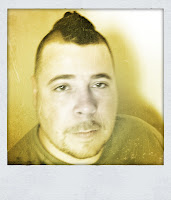 In addition to the talks one of the events we participated was a fund raiser for the EFF called Mohawk-Con. So far I'm enjoying it, we'll see how long I keep it. :)