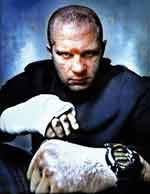 We are now one week away from the return of Fedor. This will be the first time Fedor appears in a cage, and more importantly the first time for the national broadcast audience on CBS.

Fedor has a celebrated history as the best in the world amongst heavyweights in the MMA genre. Few will dispute this claim, though more and more are becoming skeptical that he is still deserving of this pristine ranking. It has been quite some time since Fedor faced an opponent that people consider to be in their prime, with most of his recent encounters being ex-champions that are no longer in the UFC that may or may not be representative of the level of fighting they put forth when they were the champions.

When Affliction folded their MMA promotion aspirations and Fedor was given the opportunity to seek out a contract with another organization, many hoped to finally see Fedor step in and measure up against the top talent that the UFC heavyweight division has to offer. Fedor did not share this same desire. Putting the best interest of M1 Global promotions company Fedor has a part ownership in (tongue in cheek rumored to be a front for the russian mafia) ahead of his own legacy, Fedor signed with Strikeforce who agreed to hand over a piece of the pie, something the UFC refused to do. This was a great disappointment for many, with the heavyweight division of Strikeforce severely lacking any real talent.

So now the time has come, and Fedor will have his first title defense in Strikefore against Brett Rogers. Saturday November 7th we will see how Fedor performs against the undefeated Rogers, though I don't think many consider him real competition.

Is this a real fight for Fedor? I don't think so... but I will still tune in and there will be some hope inside me that Rogers has a good day and catches Fedor with his guard down. ;) You never know...
at October 31, 2009